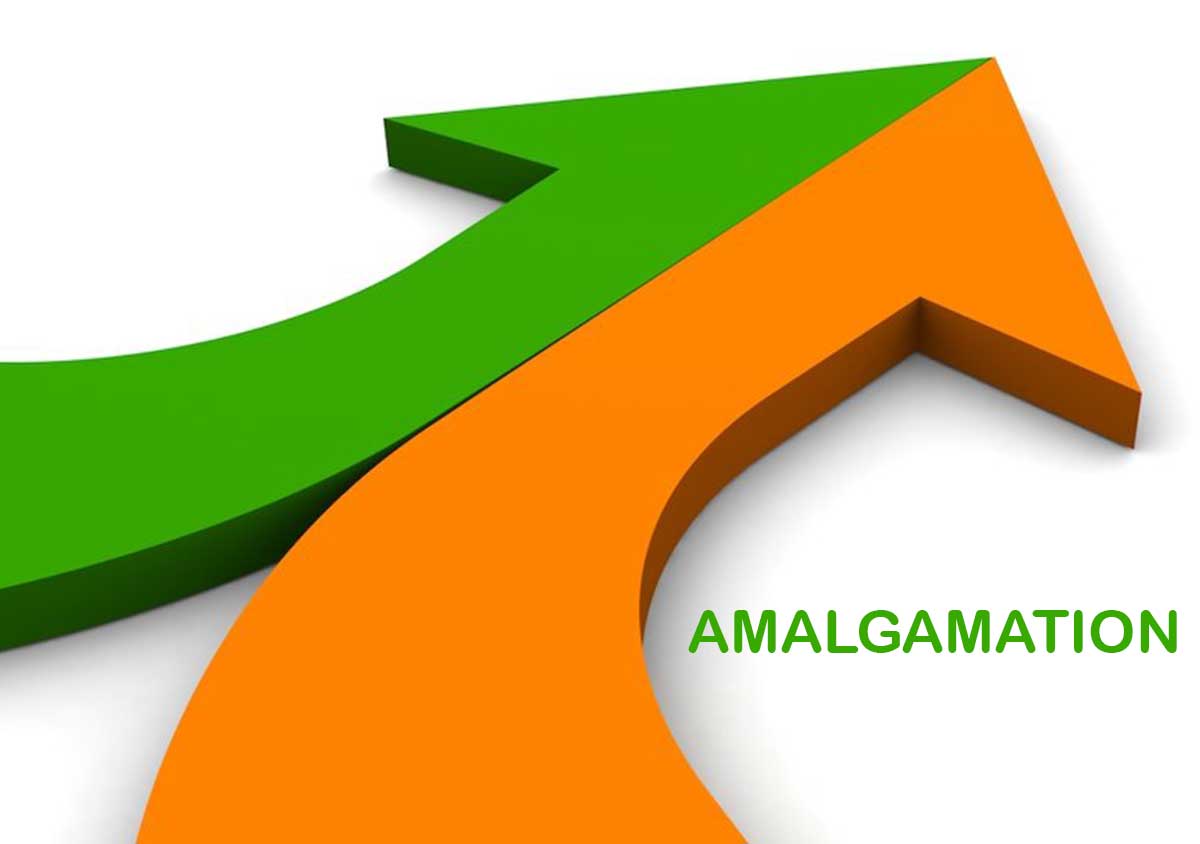 Amalgamation is the process in which a new company is formed by dissolving two or more companies. Amalgamation happens in companies running the same line of business or have some synergy in their operations.

Amalgamation has certain effects on the participating companies. These effects are as follows:

The existence of existing companies disappears from market as both the companies are dissolved while formulating a new company.

The new company takes over the assets and liabilities of participating companies.

In amalgamation, the newly formed company get advantages over the merged ones. These advantages include:

The assets of companies are collectively used by the newly established company. Thus, it comes into existence as a stronger company from all the merged companies.

Earlier the companies were competing with each other but after shaping into one they get edge over their competitors.

After amalgamation, management of participating companies work together for the growth of newly launched company. It doesn’t only increase their chances of success in market but also makes the decision making process more effective.

The disadvantages of amalgamation of companies are increased liabilities and chances of monopoly.

On one side, participating companies combined their assets, on other side they carry their accumulated liabilities.

When two or more companies share their resources, there are chances that they diminish their competition. This could result in monopoly of company.

Formula for the calculation of gross profit:

Net revenue or sales is calculated by subtracting the amount of sales returns, allowances and discount from gross sales.

From the figures given in income statement of XYZ ltd, gross income can calculated as:

Gross income figure is used in calculation of one of the important profitability ratios known as gross profit margin.

Net profit is the excess of a company’s net revenue (net sales) over its total expenses. For this purpose, total expenses include both direct and indirect expenses as well as interest and taxes.

If a company is liable to pay dividend to preference shareholders then the amount of dividend is also subtracted to get this figure. Here, it should be noted that the dividend paid to equity shareholders is not deducted from net sales.

Net profit is the also known as Profit after tax (PAT).

Formula for the calculation of net profit:

Operating profit – Interest and Taxes – Dividend to preference shareholders (If any)

From the figures provided in income statement of XYZ ltd, PAT can be calculated as: 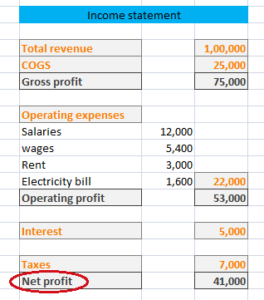 * The given figure is the sum total of Interest and Taxes.

Net profit margin is calculated by dividing the amount of net profit by net sale. This is one of the important profitability ratios used to gauge the overall profitability of a firm. This ratio is often used to measure the efficiency of a management to derive profit out of its sale.

Net profit is the amount which is left after deducting all direct and indirect expenses from the amount of total sales.

Formula for the calculation of net profit margin:

The higher degree of this ratio shows that management is effectively generating profit while incurring lower costs.

Operating profit is calculated by subtracting the amount of cost of goods sold (COGS) and operating expenses from total sales. This is the profit which includes interest and taxes amount. That’s why, it is also known as ‘Earning before interest and taxes (EBIT)’.

Operating margin is calculated by dividing the amount of operating profit by net revenue (net sale).

The higher degree of this ratio shows that management is effectively generating profit while incurring lower operating costs.